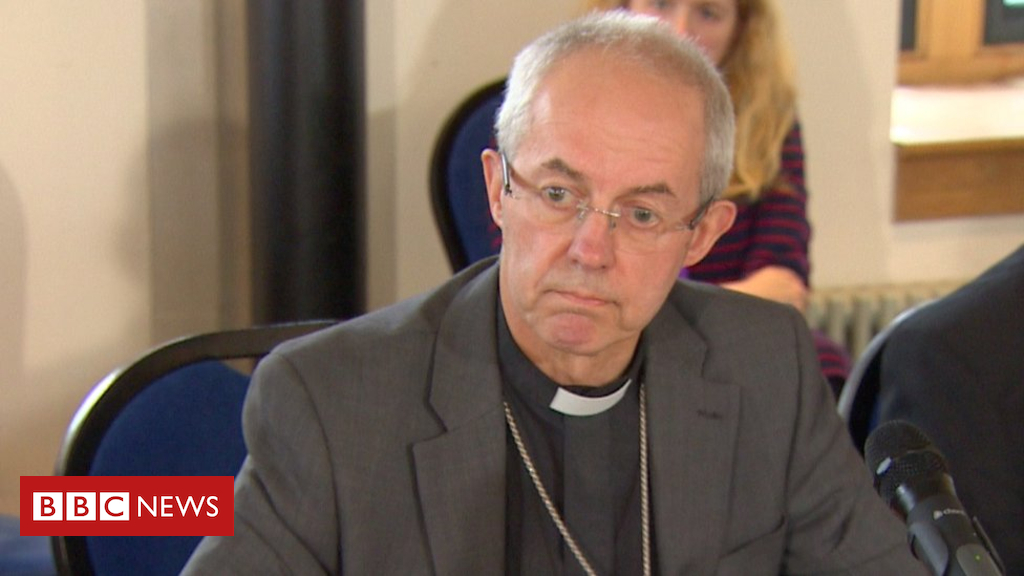 The Church of England has said it will keep its shares in Amazon – a day after the Archbishop of Canterbury said the firm was “leeching off the taxpayer”.

The Church Times has revealed Amazon was among the 20 biggest global investments by the Church last year.

A statement from the CofE said it considered the most effective way to seek change was to be “in the room with these companies” as a shareholder.

Amazon has repeatedly said it pays all taxes required in the UK.

Archbishop Justin Welby, in a speech to the Trades Union Congress on Wednesday, said: “When vast companies like Amazon and other online traders, the new industries, can get away with paying almost nothing in tax, there is something wrong with the tax system.

“They don’t pay a real living wage, so the taxpayer must support their workers with benefits.

“And having leeched off the taxpayer once they don’t pay for our defence, for security, for stability, for justice, health, equality, education.”

His comments came a week after he told the BBC there needed to be a fundamental rethink of how the economy works, including higher taxes on technology giants and the wealthy.

The 2017 annual report from the Church Commissioners, which deals with the Church’s investments, revealed Amazon Inc was one of its top 20 global equity investments.

A statement from the Church said: “We consider aggressive tax avoidance or abusive tax arrangements to be both a business risk and an ethical issue.

“As with other issues, we take the view that it is most effective to be in the room with these companies seeking change as a shareholder.

“We continue to work with other shareholders to tackle this issue via engagement with companies and their managers.”

In 2014, the commissioners sold around £75,000 of shares in the payday lender Wonga after the archbishop pledged to “put it out of business”.

He had admitted to being “embarrassed” and “irritated” when details of the link emerged in 2013.

Last week, Amazon briefly became the second US-listed firm to have a market value of more than $ 1 trillion (£779bn).

Archbishop Welby has also attracted criticism regarding comments he made about zero-hour contracts which he called the “reincarnation of an ancient evil”.

In a letter to the Times, the Reverend Ray Anglesea, a minister who worked on a zero-hours contract in a cathedral bookshop, said: “What the Most Rev Justin Welby did not disclose was how many of his cathedrals are zero contract hour employers and how many cathedral employees have no job certainty, no sick or holiday pay, and no maternity cover.”

The Church of England said advice to its parishes on zero-hours contracts was issued in 2013, and “does not reflect the current thinking” of the Church.

Marriott Hacking Exposes Data of Up to 500 Million Guests

Supported by Marriott Hacking Exposes Data of Up to 500 Million Guests ImageMarriott International acknowledged on Friday that an “unauthorized party had copied and encrypted information” belonging to about 500 million customers on its Starwood reservations system.CreditCreditMauritz Antin/EPA, via Shutterstock By Nicole Perlroth, Amie Tsang and Adam Satariano Nov. 30, 2018 The hotel chain asked […]

Peloton’s New Infusion Made It a $ 4 Billion Company in 6 Years ImagePeloton received $ 550 million in new financing, it announced Friday. The fitness company, which has found success selling $ 1,995 stationary bikes and class subscriptions, plans to introduce a treadmill for $ 3,995 in the fall.CreditEthan Miller/Getty Images By Erin Griffith […]

iCloud might be sending your photos to strangers’ computers

Twitch Says It Will Reduce Payments for Many Popular Streamers