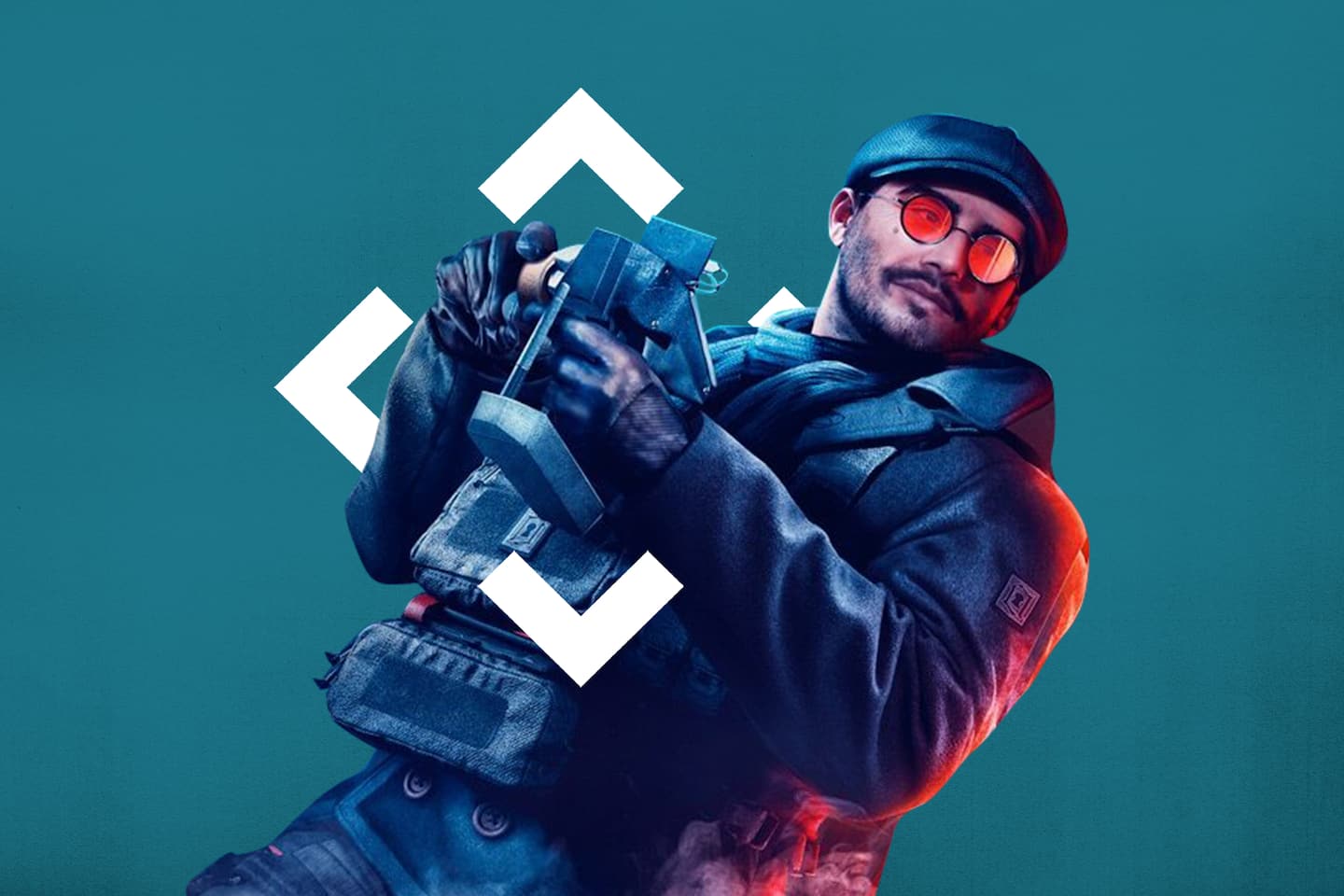 At the Six Invitational 2018, “Rainbow Six Siege” developer Ubisoft announced an ambitious plan: The developer wanted to put 100 operators in the game over 10 years of dedicated support. On Sunday, now five years into that 10-year vision, Ubisoft continued that effort by adding a host of new features for its new Crimson Heist campaign, including a new operator with a new gadget and a new secondary gun that fires a single explosive round.

At the time of its 2018 proclamation, Siege was already a complicated, nuanced game. Now, the combination of the massive size and sheer number of maps, compared to other tactical shooters, alongside a cadre of 59 unique operators, each with their own specified class and gadgets, make it a daunting task to jump into as a new player. And it appears it will only become more so.

The game is constantly growing, expanding, fundamentally changing, each new layer making it more difficult for new players to learn. With each addition comes new way to fulfill the game’s dueling missions of attacking or defending an objective site. Now in its sixth year of content infusions, even fundamental play of “Rainbow Six Siege” requires dozens of hours of self education, whether through playing the game, watching YouTube videos, Twitch streams, or consuming operator guides and any learning manuals players can get their hands on.

“[Acclaimed first-person shooter streamer] Summit1G said that you can learn six CS [Counter-Strike] game maps in the time that it takes to learn one Siege map,” said Dillon “Get_Flanked” Clark, a YouTuber who focuses on providing R6 education. “And I think that’s that’s an understatement, personally.”

The game is as wide as the Pacific Ocean at the beginning of a rookie’s R6 tenure. There’s always a new operator to learn, a new gadget interaction to test, a new strategy to try, and the horizon is constantly expanding. Put bluntly, players must do a lot of homework and suffer tens, if not hundreds of hours worth of hard-learned lessons before they feel they can contribute competently. On one hand, the game’s complexity is its biggest appeal, on the other, it’s a significant barrier to expanding its player base. While that number is massive, numbering 70 as of this year, could this ongoing expanse and evolution eventually case that player base to stagnate?

“I think, just in general, new player onboarding is an area that Siege has failed in,” Clark said. “That sounds harsh, but I think that [Ubisoft] would probably admit that as well.”

Simplifying the game from a technical or gameplay based standpoint is a non-starter for players and developers alike. Without important, map-knowledge and gadget knowledge features like “vertical play” (utilizing the game’s “soft floors” to create vertical angles of attack or defense) or “impact tricking” (using impact grenades to destroy attackers’ hard breaching gadgets from a safe distance), the game might as well be another generic shooter.

“I think that the complexity of the game comes from all of these relatively simple mechanics, all happening at the same time,” said Spencer “splek” Glenn, CEO, Co-Owner and head statistician of R6 esports website Siege.GG. “You know, destruction, and reinforcement and gadgets and team play and whatnot.”

The cost of the complexity impacts the game on two fronts. For competitive players, this sometimes means dying to players who are in somewhat random positions that players in other tactical shooters couldn’t dream of feasibly reaching, leading to feelings of being “out-stupided.” For casual players, it means dealing with hundreds of unique interactions between operators, angles to clear, and downright confusing amounts of gadgets. With that kind of depth it can take hours and hours just to reach surface-level knowledge and stay afloat.

“There’s a lot of nuance to the game that [veteran players] don’t really realize,” Clark said, alluding to how they now take their base knowledge for granted. “Like walking down a hallway, and then all of a sudden, there’s a green flash on your screen and you hear a sound and you’ve got a needle in your foot [from Lesion’s Gu Mines]. What just happened? The first time that happens, there’s really nothing to prepare you for that or to understand why that happened”

There is a tutorial of sorts in the game — specialized missions of the classic Tom Clancy game “Terrrorist Hunt,” called “Situations.” However, they’re woefully outdated and could confuse new players rather than help them. The mode doesn’t resemble the main multiplayer matches. Additionally, the tutorial missions are played on maps that have since been reworked for the regular matchmaking mode. While they teach some basic functions, completing them doesn’t give new players the faintest clue what to do in a normal multiplayer match. The Situations have barely been updated since the game’s launch in 2015.

Even as Ubisoft continues to release (and charge for) new game content, the developer is not ignorant of the issue its steep learning curve creates. Part of the plan for the future of Siege is to attack their new player onboarding problem, according to Emilien Lomet, one of Siege’s game designers.

“It’s twofold,” Lomet said of the challenge the developers face. “Part of the issue is that the game is big. The second aspect is that the playerbase is made of a lot of veterans. It’s even difficult for me to understand [a new player’s] experience because I started playing the game before release.”

Part of the push to solve newcomers’ issues is an overhaul of the Newcomer playlist, which will receive quality-of-life updates in Crimson Heist. Additional features and playlists to aid new players will come from a team referred to by Ubisoft Business Strategy and Live Performance Director Mohammed Benhenneda as an “onboarding cell.” Benhenneda said no concrete plans have been made, but the team will focus on the experiences of new and returning players, and getting them up to speed in a safe environment.

Players do not appear to be adverse to at least trying their hand at R6. The pandemic was massive for gaming as a whole, and as part of that surge, Siege added 15 million new players, according to Ubisoft’s most recent financial report in February, thanks in part to the game’s presence on Xbox Game Pass, which was added in 2020. Meanwhile, lower barrier to entry games like “Fall Guys” and later on, “Among Us,” dominated the market. New free-to-play battle royale shooter “Call of Duty: Warzone” had 80 million players in October 2020 after debuting in March of that year.

With the formula working, both veterans and newcomers will now adapt to the introduction of the game’s newest operator, Flores, whose gadget (the RCE-Ratero) is a small, detonating radio-controlled drone. The device causes serious damage, and figures to mostly be used in high-ELO ranked and competitive play to destroy gadgets. Flores will also wield the AR-33.

The update also introduces the Gonne-6, a secondary gun that shoots one explosive round, which should help combat the bloat of bulletproof utilities in the game. It’s a stark change from the loathed “20-second meta,” so called because there were so many defensive, bulletproof gadgets that attackers had to overcome that there was no way to set up for traditional bomb site executes until there were around 20 seconds left in the round. According to the developers, the changes are explicitly to give attackers more agency and even the scales given the current state of the game, which favors defenders.

In all, the update provides just another evolution and acclimation process for an already complex and nuanced game.

Hunter is a veteran freelance journalist from Texas. He has an emphasis in Rainbow Six Siege, Valorant and Halo. You can follow him on Twitter at @DiamondbackGG.

In a call with reporters Friday, NASA officials said an independent investigation of the marred test flight of Boeing’s Starliner spacecraft has produced 61 corrective actions and identified 49 gaps in Boeing’s testing procedures. A decision on whether Boeing will be allowed to proceed with flying astronauts or have to redo the test mission without […]

[unable to retrieve full-text content] Photographer Mathieu Stern made a camera lens from a chunk of an iceberg. BBC News – Technology

The OnePlus 9, touting new Hasselblad camera, will be unveiled on March 23

The mesmerizing joy of the internet’s always-on livecams