After years of attempting to gain a foothold in the US market, Sony is making major updates to its line of Xperia smartphones. Besides a new naming convention, the phones are getting a makeover. The Xperia X10 Plus ($ 429.99) is an updated take on last year’s Xperia XA2 Ultra. It features a taller display, a beefed-up processor, and a more refined aesthetic. But the X10 Plus makes it debut in a very crowded midrange market and simply can’t compete with less expensive phones like the Motorola Moto G7 and the Nokia 7.1.

The extra length is thanks to the 6.5-inch display that dominates the front of the phone. It has a unique 21:9 aspect ratio that Sony says is for taking video and watching streaming media. There’s a prominent forehead bezel that’s home to the earpiece and selfie camera. 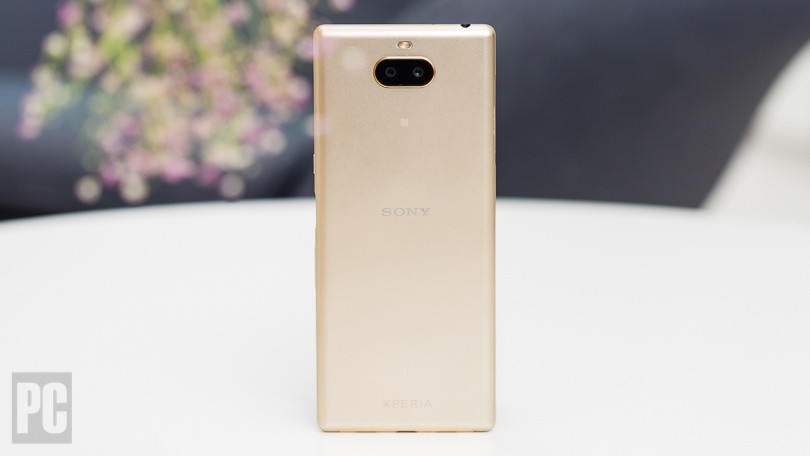 At first glance, the back of the phone looks very sleek, but when you pick it up, it feels hollow and cheap. That’s because Sony went with a thin polycarbonate backplate on the phone compared with the toughened glass backs used on less expensive competitors like the Moto G7 and Nokia 7.1. In the US, the phone is available in black or silver, though other parts of the world also have gold and navy options.

At the top of the back panel is a horizontal camera array that juts out slightly from the shell. The back is also home to the LCD flash and prominent Sony and Xperia logos. On the left side you’ll find the power button, fingerprint sensor, and volume rocker. The fingerprint sensor is accurate and well placed, but the volume rocker sits low and is so thin it’s difficult to locate. The bottom of the phone is home to two speakers and a USB-C charging port, while a SIM and microSD slot sits on the left. The SIM/microSD can easily open without a SIM key, which is convenient. A headphone jack sits atop the phone.

The 6.5-inch LCD has 1,080 by 2,520 pixels (for a density of 442ppi) and a 21:9 aspect ratio. Peak brightness clocked in at 503 nits in testing. Our tests showed colors to be undersaturated in Standard and Super-Vivid modes, but you can easily tweak the white balance in the settings.

Sony says the elongated display is for cinema-quality video and multimedia streaming. The company claims other smartphones are unable to show video without cropping or black bars since many television shows and movies are filmed in a 21:9 aspect ratio. But we found the opposite to be true. During our tests, most TV shows and some movies had even larger black bars than you see on other smartphones, and if you stretch to zoom, the extended screen causes more cropping than what you see on a standard 16:9 or 18:9 display.

Some apps also render incorrectly on the Xperia 10 Plus, leaving a large black bar at the bottom of the screen. When we spoke to a Sony representative about the problem, she told us that most films will appear in 21:9 aspect ratio, but most television shows are still filmed in 16:9, meaning you’ll either have to live with the large black bars or extreme cropping.

The Sony Xperia 10 Plus ships unlocked and works on AT&T, T-Mobile, and Verizon. It supports LTE bands 1/2/3/4/5/7/8/12/13/17/25/28/29/66. The phone should perform well on all carriers, though band 71 is missing so rural T-Mobile users might have spotty coverage. Network performance in downtown Manhattan on T-Mobile’s network was excellent, with 58Mbps down and 41Mbps up despite heavy network congestion.

Call quality is mediocre. There was minor clipping during our test calls. Noise cancellation worked well for the most part, but we did hear occasional bursts of wind. The earpiece is loud enough to carry out conversations in most conditions, though you may have a hard time hearing the other party on a busy street.

Like most midrange phones, the 10 Plus supports Wi-Fi on the 2.5GHz and 5Ghz bands. Bluetooth 5.0 is included for wearable and audio connectivity, as is NFC for mobile payments.

The bottom-firing speakers on the Xperia 10 Plus are a letdown. Peak volume comes in at 84dB, which is loud enough to fill a room, but at full volume the sound has so much static it’s unbearable. Fortunately, there’s a headphone jack and Qualcomm aptX HD Audio for high-definition sound on Bluetooth headphones.

A midrange Qualcomm Snapdragon 636 processor powers the Sony Xperia X10 Plus, along with 4GB of RAM. There’s 64GB of internal storage, of which 48GB is available out of the box. Luckily you can add up to 512GB of external storage via the microSD slot.

Performance is solid. We noticed a slight lag when opening and switching between apps, but it didn’t hurt the overall user experience. Multitasking works well. We opened over a dozen apps on the phone and didn’t experience significant slowdown. We even played Asphalt 8 for nearly an hour with no skipped frames or lag.

See How We Test Phones

The 10 Plus scored 6,083 on PCMark 2.0, a suite of benchmark tests that emulate everyday smartphone use. That’s slightly lower than the less expensive Moto G7 (6,181). That said, benchmark scores are not indicative of how a phone will perform on a day-to-day basis, they’re simply an objective measure we use to compare similarly equipped handsets.

Battery life is poor. During our battery test, which streams video at full brightness over Wi-Fi, the Xperia 10 Plus’ 3,000mAh battery died after 5 hours and 46 minutes. The Moto G7 managed 9 hours and 58 minutes under the same conditions. Luckily Sony offers Stamina, Smart Stamina, and Ultra Stamina modes to extend battery life. The Xperia 10 Plus also supports fast charging with the included power adapter, though it doesn’t have wireless charging.

Sony’s camera software deviates from stock Android. You’ll find several modes like Portrait Selfie Effects, Creative Effect, a beauty filter, and a skin-softening feature that’s hidden in the settings. You also have the option of taking photos and video at a 21:9 aspect ratio.

In our tests we found the rear-facing cameras to perform well in bright light. At full size, there’s some minor loss in background detail, but the dynamic range is excellent, and colors are accurate. Low-light photos are acceptable. We observed some noise and blurring in the foreground, but overall images are perfectly fine for social media sharing.

The front-facing camera also performs well in daylight. Our test shots show good color accuracy, though some fine details are lost in the background. Low-light photos, however, are disappointing, filled with blur and background noise.

For the most part, the special camera features on the Xperia 10 Plus work well. Skin softening on selfies looks natural. The beauty filter also performs admirably and has several sliders to let you choose how drastic a change you’d like. Portrait mode also works, though it blurs the edges of hair.

The Xperia 10 Plus ships with Android 9.0 Pie and Sony’s custom UI that adds a few useful features and a handful of not-so-useful apps. Side Sense is one of the better additions that allows you to double tap on an icon on the side of the screen to pull up frequently used apps and settings. Sony’s UI also adds an easy way to access the screen with one hand by double tapping on the home bar. You’ll also find a custom music app and gallery app, though they seem extraneous since Google versions of these apps are already baked into Android.

While the 10 Plus ships with the latest version of Android, there’s no confirmation it will receive Android Q later this year. Sony’s record for security and UI updates is good, however. Last year Sony offered guidance on its mobile upgrade policy, but it offers no update guarantees for midrange phones like the Xperia 10 Plus. If you want a guarantee your phone will get the Android Q update, you’ll want to check out the Nokia 7.1, which is part of the Android One program.

While the Sony Xperia 10 Plus offers solid performance and a good camera for a midrange phone, its build quality is lacking and its battery life is poor. That said, its more powerful specs make it a better choice than the standard Xperia 10. There are stronger midrange options that offer similar or better performance and greater value than either Xperia, however. The Motorola Moto G7 is a solid alternative that performs and looks better for $ 130 less than the 10 Plus. And while we’re still in the process of reviewing it, the $ 349 Nokia 7.1’s gorgeous build and superior performance also make it a stellar option. 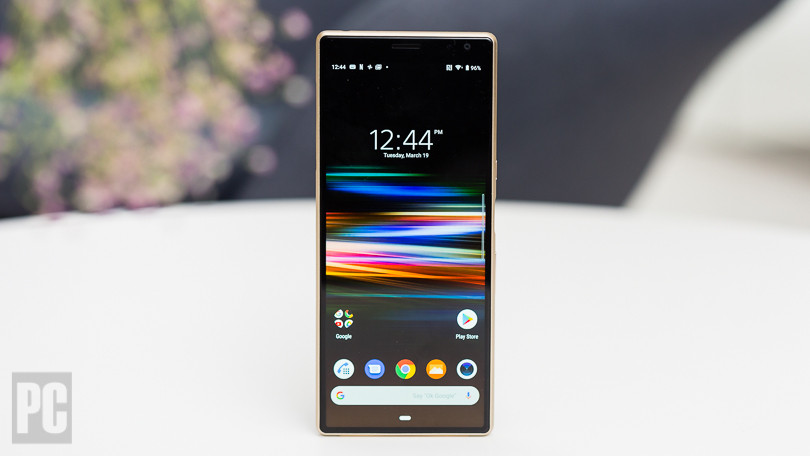 Bottom Line: The Sony Xperia X10 Plus delivers solid performance for a midrange phone, but there are stronger options available that offer greater value.

Join Transform 2021 for the most important themes in enterprise AI & Data. Learn more. Roblox, the platform for Lego-like user-generated games, went public today in a direct listing, where employees and investors finally get a chance to sell shares on the market. The initial price was far higher than the reference price of $ […]

What to Expect at Google's Oct. 9 Event (and How to Watch)

Google is refreshing its hardware at an event at 11 a.m. ET on Oct. 9 in New York. We’re expecting new phones, Chromecasts, and Google Assistant home devices. PCMag will be there to bring you all the details, but if you want to watch live, Google will live stream the event on its MadeByGoogle YouTube […]